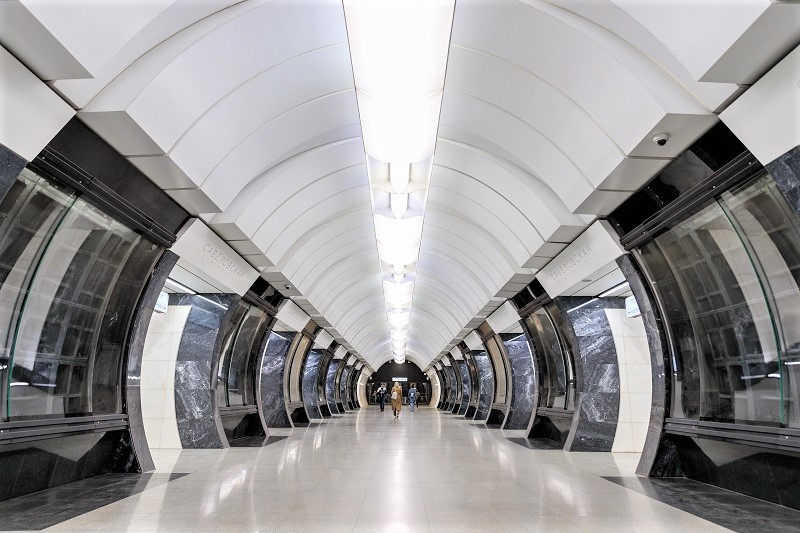 Savelovskaya station, Moscow
Thanks to its development, passengers of the public transport can build new and more convenient routes.
After its launch, passengers will have the opportunity to make interchanges to more than 40 stations of other metro lines, to the Moscow Central Circle (MCC) and all the existing and prospective Moscow Central Diameter (MCD) stations.
«On behalf of the Moscow Mayor Sergey Sobyanin, we are not just opening new stations, but creating convenient transport hubs for passengers. In general, after the BCL launch completion, trips of 3.3 million Moscow citizens will be faster. Now more than 500 thousand people a day use opened stations of the Big Circle Line», – noted Maksim Liksutov, the Deputy Mayor of Moscow for Transport.
22 BCL stations are already opened, 10 of them were launched in December last year. The daily passenger traffic is more than 500 thousand people, although the circle line is not completed yet. When the line construction will be completed, about 1 million people will use it every day according to our projections.
The Big Circle Line is the largest project implemented with the direct involvement of the Moscow Mayor. The circle line will have 31 stations. The full launch of the BCL will simplify the movement of 3.3 million Moscow citizens living in 34 districts.
The BCL will be the longest metro circle line in the world. Its length is 70 kilometers, which is 3.5 times longer than the existing Line 5 (the Moscow Metro Circle Line) and a quarter longer than the Beijing circle line (Line 10) - so far the global leader in terms of length.